This is the who´s who of Voina, the primary players and performance artists, the ones putting their freedom on the line to protest Russian corruption, the Ai Weiwei´s of Russia.

I reprint this with Voina´s permission:

VOINA. A street collective of actionist artists who engage in political protest art. Political orientation: anarchist. Enemies: philistines, cops, the regime. Organization type: militant gang, dominated by horizontal ties in everyday life and employing vertical relationships during actions. The group preaches renunciation of money and disregard towards the law (“the no-whoring way”). Founded by Vor and Kozlenok in October 2005, the group was named after Vor (“War”). Initially, Voina actions were clandestine and anonymous, and were called “training” or “practice”. Voina has enjoyed public recognition since 2008. To date, over 200 activists have participated in Voina actions. At least 20 criminal investigations into the group’s activities have been initiated, some of them still ongoing. According to Russia’s Investigations Committee,


“Art group VOINA’ is a left-wing radical anarchist collective whose central goal is to carry out PR actions directed against the authorities, and specifically against law enforcement officials with the aim of discrediting them in the eyes of the public. Branches of VOINA exist in all major Russian cities. The group’s sympatizers number approximately 3000. VOINA members maintain contacts with anarchist groups and individuals from all around the world holding left-wing radical views on art and on the world order (Italy, Slovakia, France, USA, South Africa, Greece)”. 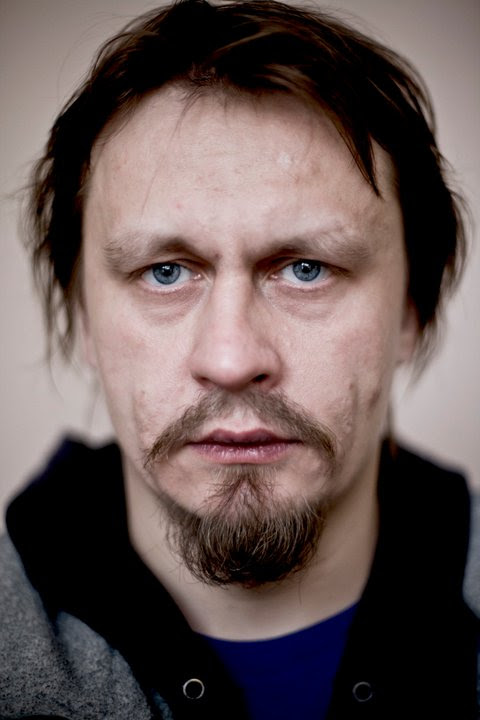 Vor (Oleg Vorotnikov). Artist, activist and the leader of Voina. Born August 17th, 1978 in Bereznyaki, Perm Krai. Oleg has been involved in arts since 1995. He renounced the use of money in 1998. Since 1999, Oleg has been concentrating on social practices in urban space. In 1999 he married artist Kozlenok (Natalia Sokol). Oleg graduated from Moscow State University’s philosophy department in 2003. In the fall of 2005, he began doing street art with Kozlenok, forming the art collective Voina. Oleg has participated in every Voina action to date. In 2006-2007 he worked as the head of the information department at Moscow State Cinema Museum. Vor and Kozlenok’s son Kasper Can’t-Take-Our-Eyes-Off-Him Sokol was born on April 19th, 2009. Kasper became Voina’s youngest member. In November 2010, the Russian Federation initiated a politically motivated parental rights termination process against Oleg. He was incarcerated in St. Petersburg from November 2010 to February 2011 on charges related to Voina’s Palace Revolution action (article 213 part 2 of the Russian Criminal Code). n May 2011 he was declared a federally wanted fugitive. In July 2011 Russian police issued an international arrest warrant for Oleg. He is unemployed and homeless, facing charges under articles 213, 318 and 319 of the Russian Criminal Code (criminal case #276858) in connection with the “Palace Revolution” action and with his participation in an opposition rally on March 31st, 2011 in St. Petersburg. Kozlenok aka Koza (Natalia Sokol). Artist, activist, author of Voina actions and the group’s chief coordinator. Born June 3rd, 1980 in Balakovo, Saratov Oblast. Kozlenok renounced the use of money after meeting artist Vor (Oleg Vorotnikov) in 1998. She’s been married to Oleg since 1999. In 2003, she graduated from Moscow State University’s physical department. She finished grad school there in 2006. Kozlenok holds a PhD in physics, and is affiliated with the sub-department of molecular physics at MSU. She’s been doing street art since the fall of 2005 as a member of Voina, and has participated in every Voina action to date. On April 19th, 2009 she gave birth to Kasper Can’t-Take-Our-Eyes-Off-Him Sokol, Voina’s youngest activist. In November 2010, the Russian Federation initiated a politically motivated parental rights termination process against Kozlenok. She’s been living without any documents since November 15th, 2010, when Russian police seized all her papers. In August 2011 she was declared a federally wanted fugitive. Kozlenok is homeless and facing charges under article 319 of the Russian Criminal Code (criminal case #299810) in connection with an incident on March 31st, 2011 in which police officers were doused with urine during an opposition rally in St. Petersburg. Kasper Can’t-Take-Our-Eyes-Off-Him Sokol. Artist, Voina member since birth. Born April 19th, 2009 on a ship in Moscow. Stateless. Participated in every Voina action since May 2009. Voina’s youngest activist. In November 2010, the Russian Federation initiated a politically motivated parental rights termination process against Kasper’s parents Kozlenok (Natalia Sokol) and Vor (Oleg Vorotnikov). Kasper has been beaten twice and arrested three times (twice in 2011 alone) by Russian police in connection with Voina’s activity. He is homeless. 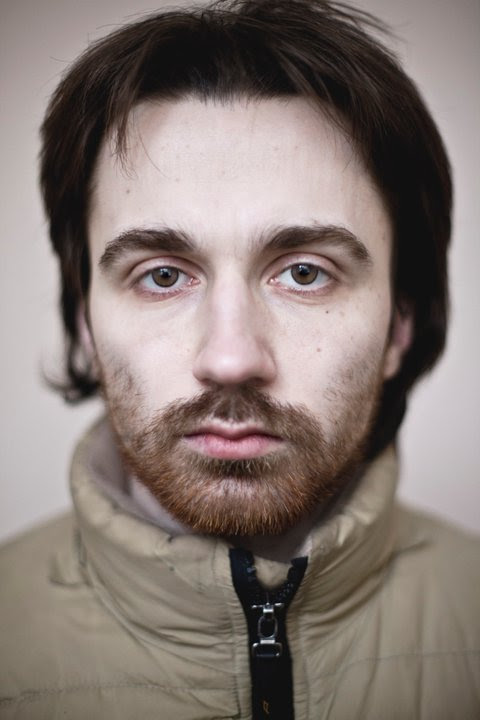 Leo the Fucknut (Leonid Nikolaev). Artist, Voina activist. Born December 27th, 1983 in Moscow. College dropout (studied materials science). Leonid has been participating in Voina actions since December 2009. In May 2010 he was titled Voina President after a series of actions against killer VIP drivers (“Leo the Fucknut is our President” (“Leo the Fucknut is our President”). He was incarcerated in St. Petersburg from November 2010 to February 2011 on charges related to Voina’s “Palace Revolution” action (article 213 part 2 of the Russian Criminal Code). Leonid has been a member of the political council at the Moscow branch of Solidarnost, a united democratic movement. He is continuously involved in opposition activity in Russia, and has been arrested in excess of 30 times. Leonid currently lives in Moscow. He is unemployed and facing charges under articles 213 of the Russian Criminal Code (criminal case #276858) in connection with the “Palace Revolution” action.


Rock on and practice peace and love.
"When the power of love overcomes the love of power, the world will be at peace." Jimmy Hendrix
Stefan, the ArtTraveler(TM).
Consider a walking vacation in our Andalusian mountains or a week-long sculpture or mosaics workshop. See: www.spanjeanders.nl and www.competafinearts.com. 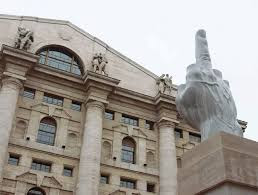 Maurizio Cattelan's telling hand, left, at the Museum of Contemporary Art, San Diego, Ca.,
ArtTraveler notes:
After living at the Hotel Queen Mary in Budapest (3.5 stars), I heartily recommend it: old on the outside, otherwise totally modern (26 rooms);
The owner and staff are affable and speak English and German. Tel: 0036-1-413-3510; www.hotelqueenmary.hu; info@hotelqueenmary.hu.

For a longer list of publications see here:
http://plucer.livejournal.com/266853.html

This web site was created to support Voina and will be the only source of information about the group during the investigation and trial. The site is maintained by friends of the group who are also responsible for the accuracy of the information presented here.
Posted by Stefan van Drake at 4:12 PM

Stefan van Drake
Canillas de Albaida, Malaga Province, Spain
Stefan van Drake aka Stephen Van Drake is an award-winning print journalist and photographer, published poet, lyricist and musician (blues & rock harmonica), a retired public interest trial lawyer and activist, who paints in oils and sculpts in alabaster. And who collects and showcases the works of Spanish, Latin American, European and other international emerging artists with special emphasis on independent artists living in south Spain. He has resided in 5 countries, traveling in 33 others and also curates a restaurant gallery.